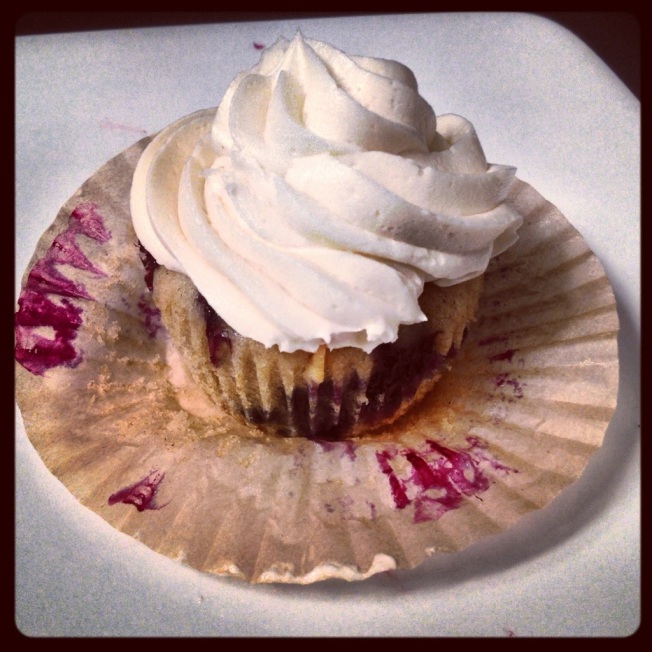 With my crazy work schedule and abnormal hours, I occasionally get random food cravings, like pickles, guacamole, and blueberry pancakes (not all at once). One night when a blueberry pancake craving struck, I had the brilliant idea of turning it into a cupcake. After googling “blueberry pancake cupcakes”, it turns out I’m not the first person to have this brilliant idea. Regardless, I decided to make my own version. Many recipes I found use an actual pancake batter for the cupcake. Instead, I took a recipe I had for a vanilla cupcake and reduced the sugar and increased the baking powder in an attempt to get a fluffier cupcake. The frosting is a maple buttercream using both maple syrup (the real kind) and maple extract. The result was a slightly sweeter replica of a blueberry pancake in a portable form. It was the perfect snack/dessert/breakfast when my 4 AM craving hit on hour 20 in the busy emergency room! 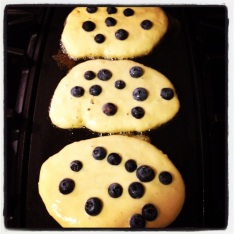 In mixer with a whip attachment, beat eggs and sugar on medium speed until thickened and lightened to a cream color, about 2 minutes scraping bowl as needed. On low speed mix in oil and vanilla until blended. Mix in sour cream. Gradually add in flour mixture until incorporated and batter is smooth. Mix in blueberries. Spoon into prepared cups and bake 18-23 minutes until a toothpick inserted in center comes out clean. Let the pan cool on a wire rack for 10 minutes then remove from pan. Cool completely before frosting. 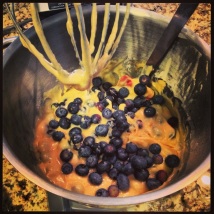 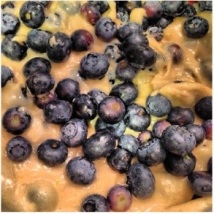 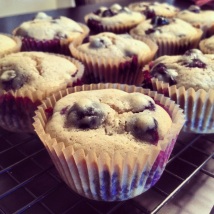 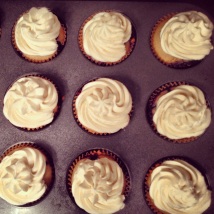 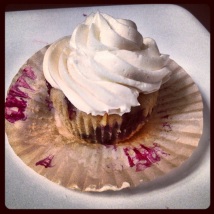